Just 12 months on from kicking‑off the project, we launched our new low rise, high density research report on 07 October to a sold‑out crowd as part of the Architecture Foundation’s ‘Architecture on Stage’ programme.

Chaired by Ellis Woodman (AF) and featuring presentations from the authors with project supervisor historian Mark Swenarton with responses by Paul Karakusevic, Deborah Saunt (DSDHA) and Rachel Hearn (Principal Urban Design Officer, London Borough of Havering), the event debated the projects and the report’s key findings in light of the emerging changes and key themes of the draft London plan.

Supported by the RIBA Research Fund the report has been created in response to London’s future housing challenges and, with new essays, plans and illustrations and a resident interviews, aims to be an accessible and useful guide to density for practitioners of all kinds. 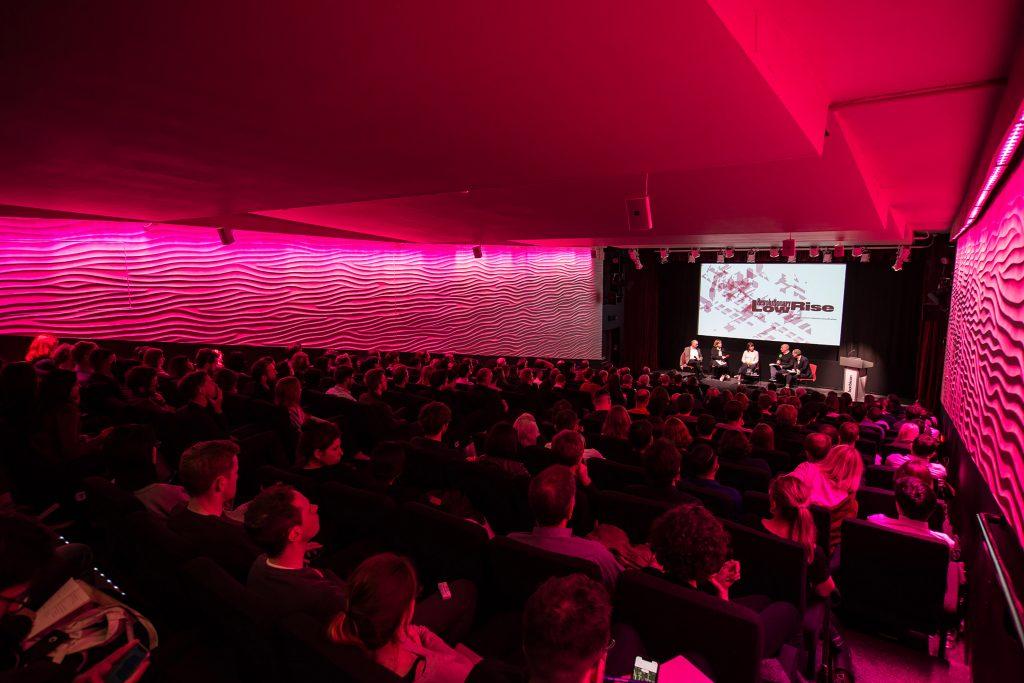 Planning approved for the Ledbury Estate!

Paul Karakusevic to speak at the UIA 2022 International Forum, Madrid

Success for Branch Place and Hoxton Press at the 2020 Housing Design Awards!

Paul Karakusevic to speak at the 2019 Sydney Architecture Festival

Our team run the 2019 London Marathon for Stephen Lawrence Trust

Paul Karakusevic to speak at Global Design Forum: Ten Futures for Social Housing at the V&A

London Borough of Hackney shortlisted for RIBA Client of the Year

Karakusevic Carson shortlisted for Architect of the Year Awards 2018

Win for Meridian Works plus two commendations at the NLA Awards

A collection of projects shortlisted for NLA Awards

Shortlisted for Architect of the Year Awards

The Bacton Estate Phase 1 wins Housing Project of the Year

Building for the Boroughs: Neave Brown and Paul Karakusevic in conversation – 23rd July

Exhibition at the RIBA: In the Making

Colville Phase 3, The Bacton Low Rise Estate, The Leys and The Faircharm Creative Quarter all shortlisted for Housing Design Awards 2014

‘Re-booting the Masterplan’ – The Gallery on Cowcross Street, 12th May

The Bacton Estate goes on site

Kings Crescent Estate out to tender

Housing Architect of the Year 2011

Housing Architect of The Year Award 2013

Karakusevic Carson selected to renew The Bacton Estate in Camden